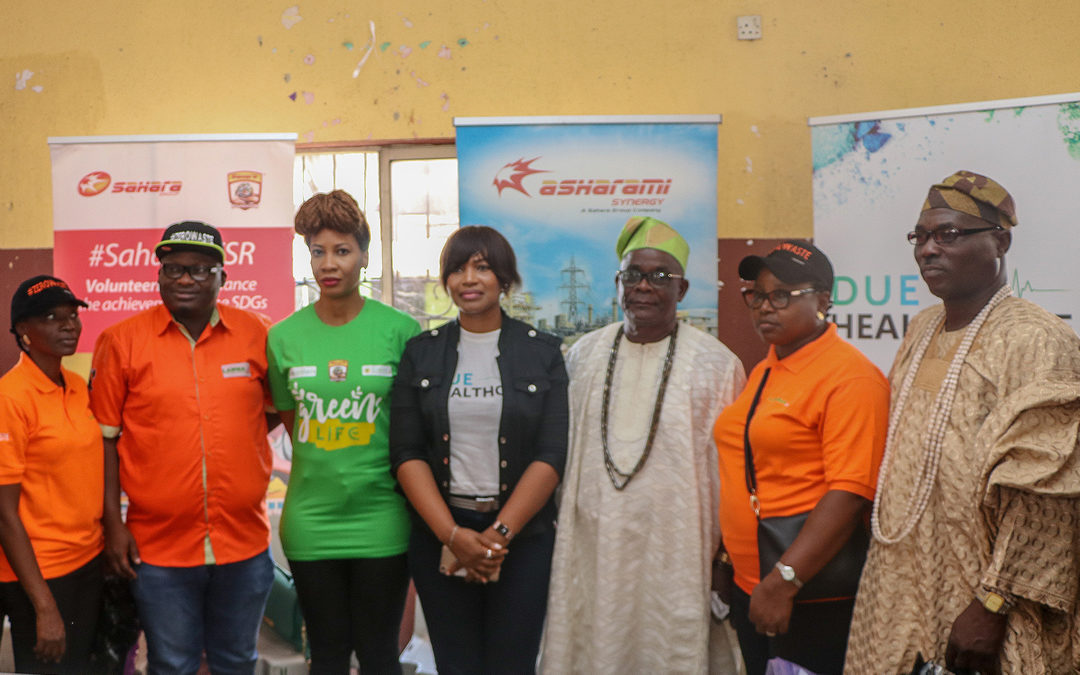 Sahara Group, a leading international energy and infrastructure conglomerate, is stepping up action against climate change with the launch of a permanent recycling hub in Ijora, an indigenous community in Lagos.

The group launched the hub on Thursday at the community under its Green Life initiative, which aims at attaining and championing sustainable development goals targeted at fostering sustainable environments and promoting holistic wellness both inside and outside of Sahara.

Speaking at the launch, Pearl Uzokwe, director, governance and sustainability, Sahara Group, noted that the Green Life Initiative, which was launched on June 27, 2019, is aimed at promoting a cleaner, healthier and safer environment and in line with the United Nation’s Sustainable Development Goal (SDG) 13, which tasks people to take urgent action to combat climate change and its impact in a variety of ways.

She explained that the Green Life Initiative was one of the many Corporate Social Responsibility and sustainability initiatives, which Sahara Group has undertaken for the 22 years it has been in business, impacting over 2 million beneficiaries directly and indirectly.

She explained that the Green Life Initiative was one of the many Corporate Social Responsibility and sustainability initiatives, which Sahara Group has undertaken for the 22 years it has been in business, impacting over 2 million beneficiaries directly and indirectly.

On the choice of Ijora for the launch of the recycling hub, she explained that the group has an office in Ijora.  “We discovered that there is a very big issue with the environment in Ijora. So, we are bringing a recycling hub that will ensure that as the community takes care of the environment, and we are introducing benefits to it”, she said.

Explaining further on the benefits of the waste recycling hub, she said that members of the community would be paid for bringing their wastes to the recycling hub, especially plastics, which block drainages and pose health hazards.

However, Sahara Group is partnering the Lagos Waste Management Authority (LAWMA) to ensure sustainability of the initiative in Ijora.

Also speaking at the event, Ibrahim Odugbemi, executive director at LAWMA and representative of Muyiwa Gbadegesin, MD of LAWMA, noted that though it is the first time the waste manager is partnering with Sahara Group and other stakeholders in Ijora, the initiative is a welcome development and in line with the supportive role government desires from the private sector for development across the state.

The part of LAWMA in the initiative, according to him, is to sensitize the community in Ijora Olapa and at the same time, help them to clean up the community, clear plastic wastes, open blocked drainages, and sustain the feat.

Idowu Akesan, a member of the community, said the initiative is well appreciated as waste management has been a big issue in the community, coupled with pollution from nearby industries, smoking trucks and tankers, which pose more health risks to the community.

He pledged the support of the community to the initiative, saying further that if sustained, the community would be healthier and happier for it.