Walking to Preserve the Ozone Layer 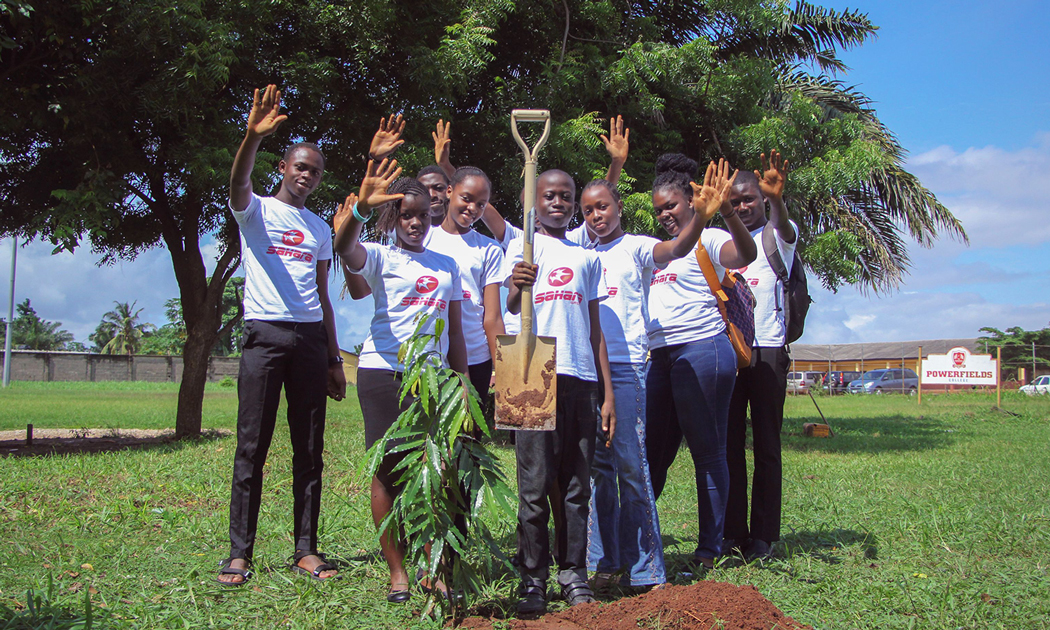 In 1987, the United Nations adopted the 16th of September as the International Day for the Preservation of the Ozone Layer.

The ozone layer, a fragile shield of gas, protects the Earth from the harmful portion of the rays of the sun, thus helping preserve life on the planet.

The Montreal Protocol has led to the phase-out of 99 per cent of ozone-depleting chemicals in refrigerators, air-conditioners and many other products. The phase out of controlled uses of ozone depleting substances and the related reductions have not only helped protect the ozone layer, but have also contributed significantly to global efforts to address climate change.

This year’s theme, ‘32 Years and Healing’ celebrates over three decades of remarkable international cooperation to protect the ozone layer and the climate under the Montreal Protocol.

In a bid to promote the “green life” and the cause of preserving the environment, Sahara Group launched the Green Life Initiative in June 2019. The Green Life Program seeks to galvanize action towards tackling climate change through collaboration, recycling, capacity building awareness as well as investment in clean, affordable and sustainable energy.

To commemorate World Ozone Day, Sahara Group staff volunteers will plant trees at Egbin Power Plc which is the largest privately owned thermal plant in sub Saharan Africa. Staff at Egbin Power, an affiliate of the Sahara Power Group will observe the day by “Walking to Work” to promote environmental consciousness. Studies have shown that a typical passenger vehicle emits about 4.6 metric tons of greenhouse gases per year. The ‘Walk to Work’ initiative aims to create awareness on how people can help reduce greenhouse gas emissions, especially from vehicles. Sahara Group is an avowed promoter of  causes that enhance environmental protection across its locations in Africa, Asia, Europe and the Middle East.

The latest Scientific Assessment of Ozone Depletion completed in 2018, shows that, as a result, parts of the ozone layer have recovered at a rate of 1-3% per decade since 2000. At projected rates, Northern Hemisphere and mid-latitude ozone will heal completely by the 2030s. The Southern Hemisphere will follow in the 2050s and Polar Regions by 2060. Ozone layer protection efforts have also contributed to the fight against climate change by averting an estimated 135 billion tonnes of carbon dioxide equivalent emissions, from 1990 to 2010.

On this World Ozone Day, there is a lot to be cheerful about. However, climate action promoters must not lose sight of the task ahead. There is an urgent need for all stakeholders to work towards sustaining the gains so far achieved by remaining vigilant and tackling illegal sources of ozone-depleting substances as they arise.

The Kigali Amendment to the Montreal Protocol, which entered into force on 1 January 2019 needs to be upheld without compromise. By phasing down hydrofluorocarbons (HFCs), which are potent climate-warming gases, this amendment can avoid up to 0.4°C of global temperature rise by the end of the century, while continuing to protect the ozone layer. And by combining action to phase-down HFCs with energy efficiency improvements in the cooling industry, we can achieve bigger climate benefits.

Living the Green Life is much more than an initiative for us at Sahara Group; it’s our way of life. Walking to save the planet is a priceless venture that Sahara Group is delighted to promote.